May 17, 2016
Penitentiary tourist attractions may not be on everyone's top ten list of things to visit while on vacation. Those who love exploring these types of "heritage sites" are usually enthralled by stories of convicts and escape attempts.  I visited two prisons over the years and surprisingly, on both occasions, was aesthetically overwhelmed. 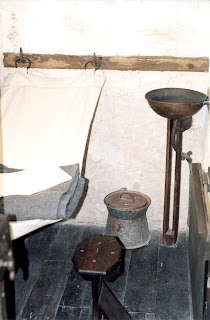 Freemantle Prison also known as Freemantle Gaol in Western Australia was built by prisoners.  Cells were unbelievably small sans flushing toilets.  Poo pails were de rigueur until the prison closed its doors in 1991.  Conditions were far from ideal.

Art rehabilitation?  There was no such thing and drawing or painting on cell walls was strictly taboo.  Only one inmate was allowed to draw on walls during his incarceration because it had a calming effect on his personality (no da).  This policy was nixed one year before the prison ceased its operations.

Various characters populated the jail but I was particularly taken by inmate James Walsh.  A forger, he was a gifted artist who kept creating despite regulations. He drew beautiful work on his cell walls but managed to hide everything under a mixture of porridge and whitewash (I have no idea how or where he got the whitewash). His creations were accidentally discovered when some of the porridge mixture chipped off.  Below is what James Walsh achieved against all odds.  Mind boggling!

When I visited, sunlight cast barred shadows on the walls.  Perhaps the dim stripes added to the ambiance. 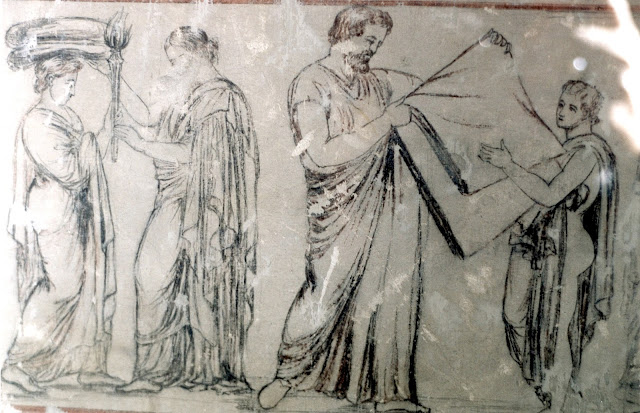 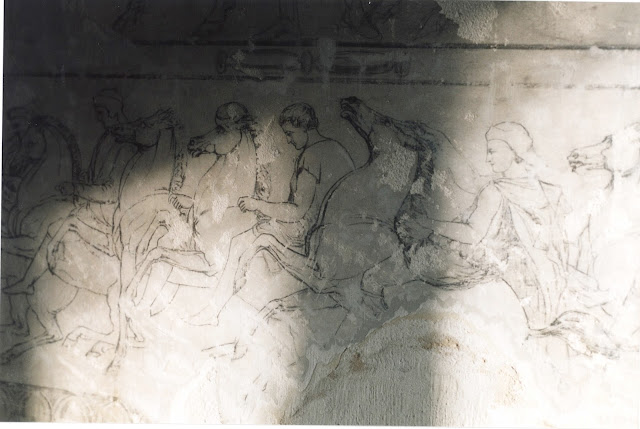 Many artists painted their walls during the last year of the penitentiary's existence.  How incongruous that Freemantle Prison now offers art tours.


Vibrant, colourful art by Aboriginal artists is everywhere.  A cheap camera and poor lighting conditions don't do these paintings justice. 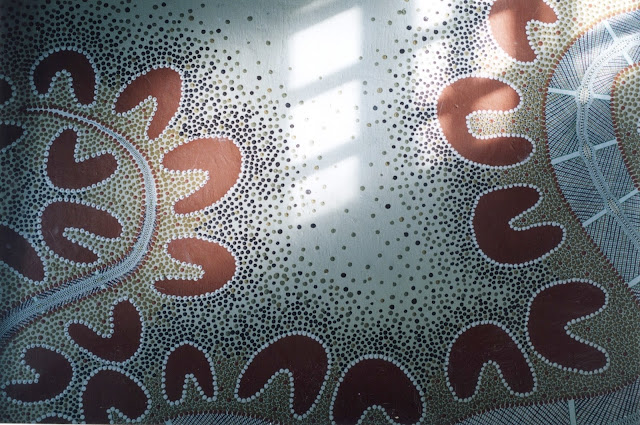 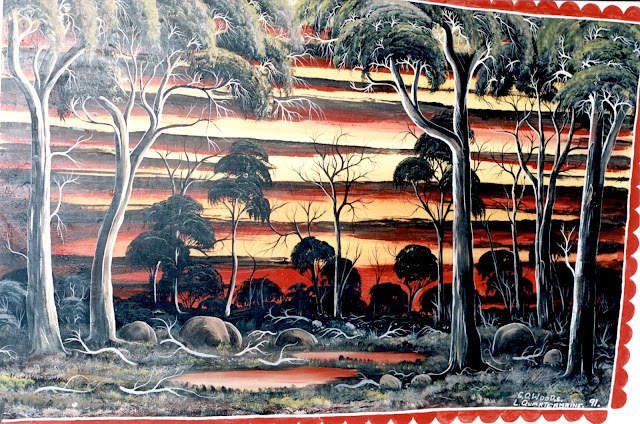 I recently went to northern California and towards the end of the trip managed a visit to Alcatraz.  In light of Freemantle prison, I had serious expectations.  I was not disappointed, however the wall art of Alcatraz was not created by inmates.  It materialized due to the passage of time and decay.

Disrepair, corrosion, erosion generally beg for change.  In this day and age the mantra is RENOVATE PLEASE!  When I went to Havana, Cuba for instance, architectural jewels were disintegrating and the government was frantically attempting to save the buildings that it could.  Contrasts were striking. Crumbling surfaces startlingly complemented the new fresh coats of paint and materials.

Colours and textures that arise from decay and decomposition can be a source of inspiration.  The naturally decomposing cells of Alcatraz give rise to exquisite abstract compositions.  I played a bit in my Gimp software with photographs that I took on my phone.  Below is the source picture and my quickie modifications.  It's a starting point. 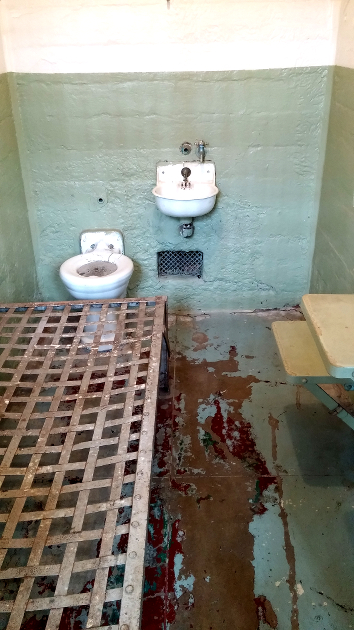 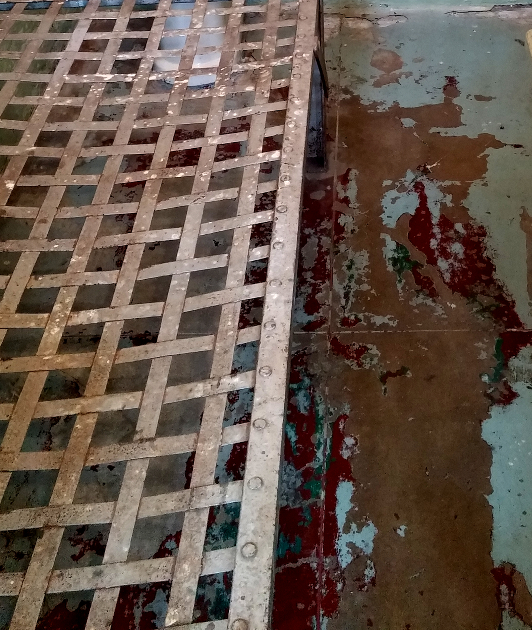 Artmaking was allowed at Alcatraz as shown in the cell below.  I was intrigued by the cast shadow in the upper right hand part of the photograph. 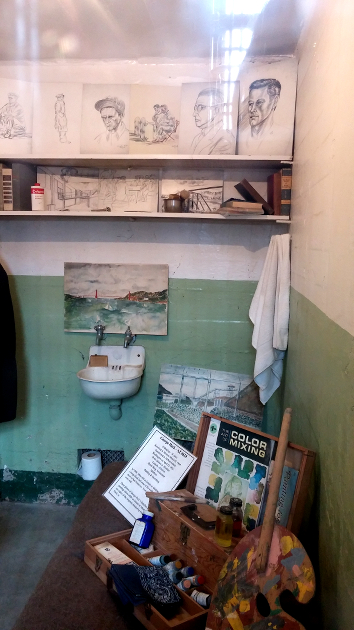 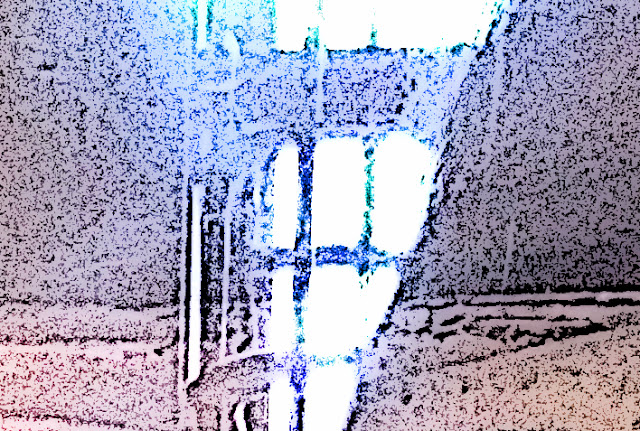 Isolation:  these are the colours of the hole. 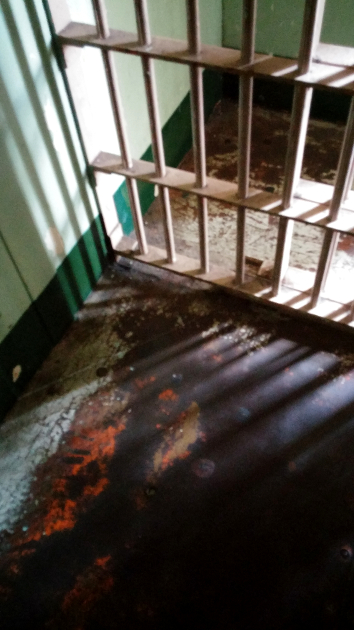 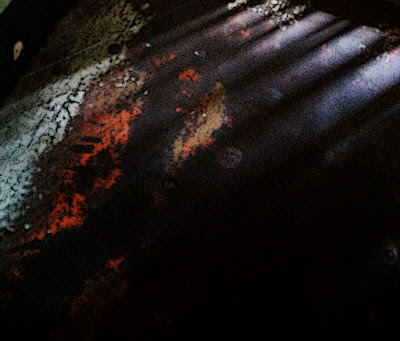 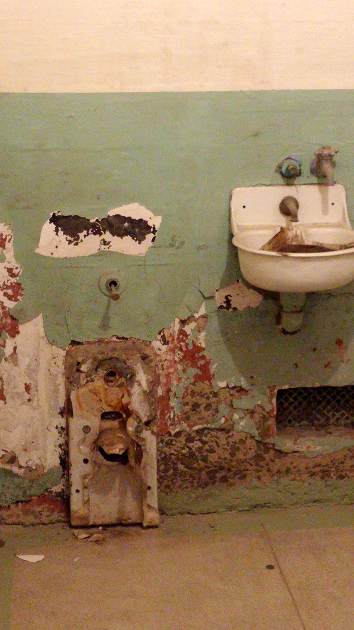 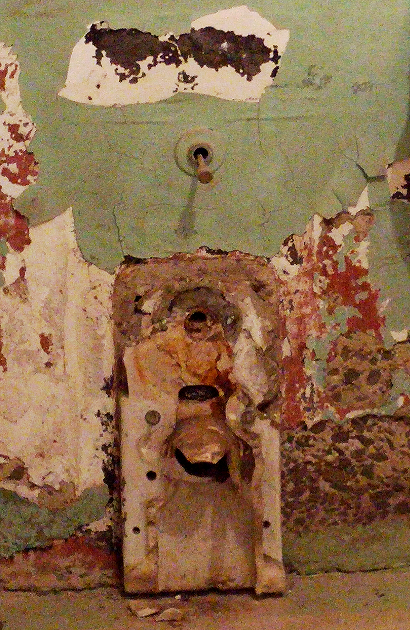 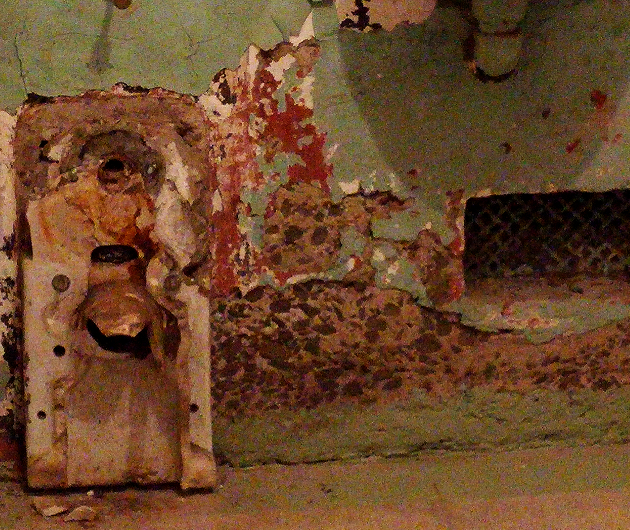 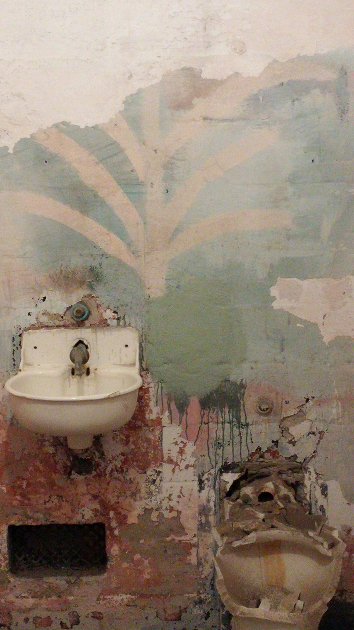 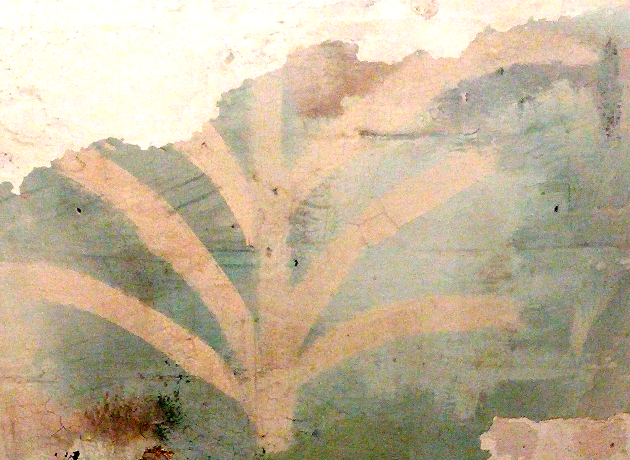 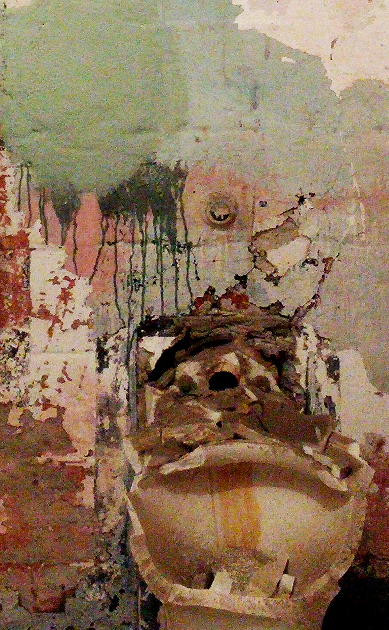 Beauty exists everywhere but I always thought it unlikely that I would ever be seduced by a toilet. 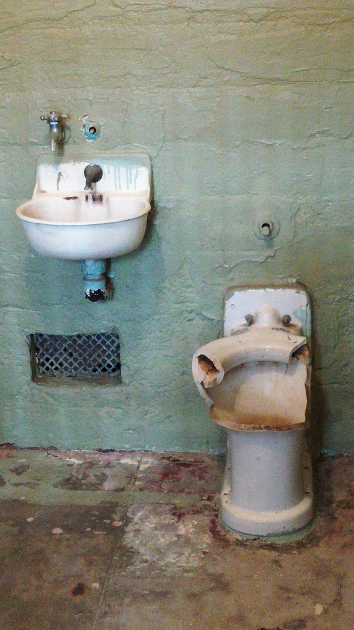