The only ones allowed to share my life as a child were cats.  My mother didn't like dogs.

I dressed my pretend babies in doll's clothes, placed them in a miniature carriage, and wrapped them snugly under warm blankets. They objected to my intense mothering and leapt wildly out of the carriage in no time flat, claws blazing, after which an an energetic pursuit by me ensued. In retrospect, it offered a novel way to get aerobic exercise.

After years of exposure to felines, I decided when I became a mother, to let my kids care for (ha!) a variety of pets; cats naturally, dogs, horses, rabbits, turtles, guinea pigs, and hamsters.

Then about ten years ago, I had an "aha!" moment!


I often muse that if aliens from outer space were to observe our relationships with pets, they just might wonder who runs the show around here. Dogs in particular wear stylish outfits. People walk them, make certain they evacuate, bend over, pick up and put the precious doo-doo in little bags.  Yup, we love to serve!

My needs for animal companionship are met in other ways. Mammals and amphibians continuously pop into my life regardless of my pet-less desideratum and require little or no commitment on my part.  I have had many encounters with various species over the years but last weekend's was particularly memorable.

My partner and I were invited to a rather eventful brunch.

As we crossed the threshold, the first thing we heard from our host (let's call him Robert) and hostess (let's call her Claire) was that a mouse had just been seen scurrying about the kitchen. Wow, I thought!  Imagine that!  A mouse brave enough to venture out during the day!  (At our house, we have had multiple penetrations by field mice, the cute ones with large pink ears, but they normally sneak into the kitchen at night when it's dark and quiet).

I thought for sure that the said mouse would not be seen again given our vibrant conversation.  But lo and behold, the beastie suddenly appeared, a peculiar little thing, torpedo-like, almost black, with a rather stunted tail.  A loud female shriek bounced off the walls (not mine) and the mouse made its way across the living room floor to hide under a toasty radiator. 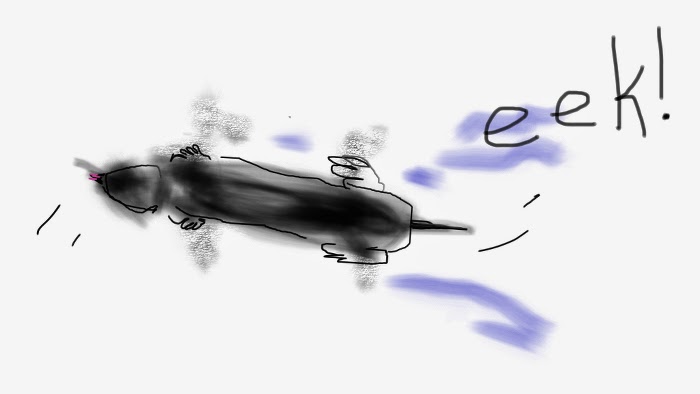 Our host wanted to find the invader and prepared his gear for battle. Particularly well-equipped, he donned gardening kneepads, thick black suede gloves, and what looked like a miner's light atop his head.  I secretly thought that perhaps he was a tad overprotected but the old adage "better safe than sorry" probably served him well in this case. 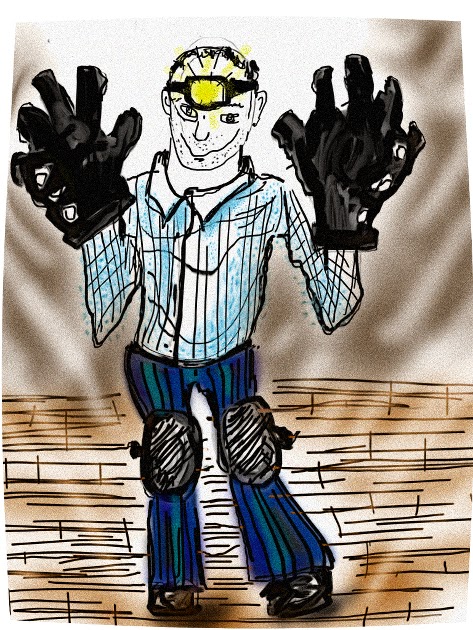 Robert crawled about on all fours and hunted for the mouse.  No luck so we continued feasting on croissants, crusty bread, various cheeses, and cold cuts.  We figured our dark visitor had probably disappeared for the day but I still glanced at the radiator every so often.

I suddenly noticed a dark, gray sausage shape behind Claire's chair and nonchalantly mentioned its location to everyone.  Carried away with the wind of an EEEK worthy of any horror movie scream, Claire found herself on the other side of the wall while "Tiny" turned around in circles before disappearing for a second time under the radiator.

Another search was foiled once again.  We tried to keep eating but by now my head kept flipping back non-stop to see if the mouse would grace our presence once again.  We stood up and I went to examine Robert's rodent hunting gear.

Suddenly we saw the mouse slip under a nearby cupboard door and Robert finally managed to catch it in a clear plastic container.  We soon discovered that it wasn't a mouse, but rather a Northern short-tailed shrew.

I have heard of women being called shrews but were you to ask me what a real shrew looked like or why it was bad to be a shrew, I would have been at a loss to tell you.  I have now learned that shrews have elongated pink noses, stunted tails, and rather nasty characters.

Why are women called shrews?  Beats me!  Initially, the term applied to both genders but eventually we got stuck with it.  Seems these varmints are really aggressive AND their teeth are venomous.  YES IT'S A VENOMOUS MAMMAL!  Whoa!

National Geographic has a fascinating video of fighting shrews.

I think the term is not a particularly nice designation for anyone. 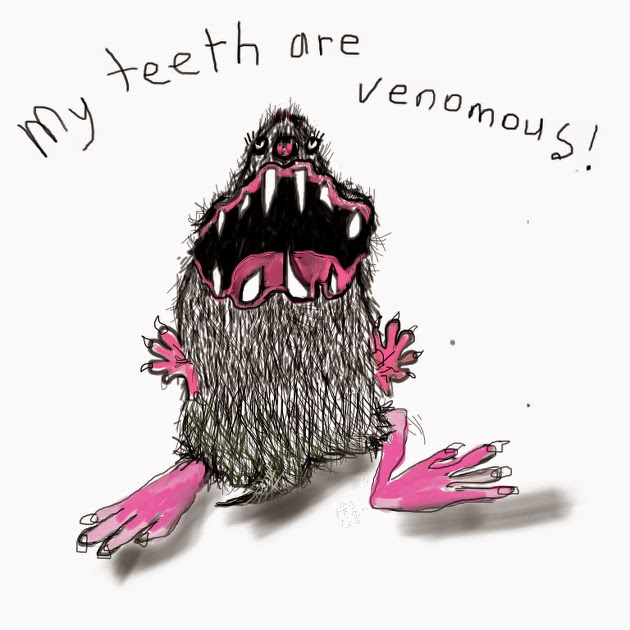 Thank goodness Robert wore those gloves.  He tried not to hurt him (her?) but unfortunately the shrew either suffered from shock or got accidentally whacked by the container.

Now I ask you, who needs pets when life hands you a venomous shrew?