February 12, 2020
When windows are frosted with ice, enjoying a view of the outdoors is not an option.

When gray skies seem to penetrate the house, any form of reverie can lead to one long snooze in the afternoon, which inevitably means no sleep at night. NOT a good plan. Rather than ruin my evening slumber I keep busy in the studio. If watching paint dry becomes tiresome, I join my dearly beloved on the couch to feast my eyes on a football game.

From a strictly artistic standpoint (yeah right!), the players are intriguing. They come in a variety of shapes and sizes. Some sport endless tattoos and admirable hairdos of long multicoloured dreads. Others chew on their mouth guards like nervous rabbits. Mysterious little pouches occasionally hang at their waists. (They resemble mufflers that keep a player's hands warm when the weather is especially cold.) Kicks, leaps and jumps are high. Odd little dances happen after touchdowns, not as impressive as the Maori Haka ceremonial dance of course but hey, a dance is a dance. Any excuse to boogie is a good one.

Muscles rip, distended bellies bounce against one another in an attempt to defend against the opposition. Heads disappear under shiny helmets and face guards lead toward the goals like vintage steam engines. Shoulder armour enhances the triangular masculine torso. Definitely an aesthetic experience! 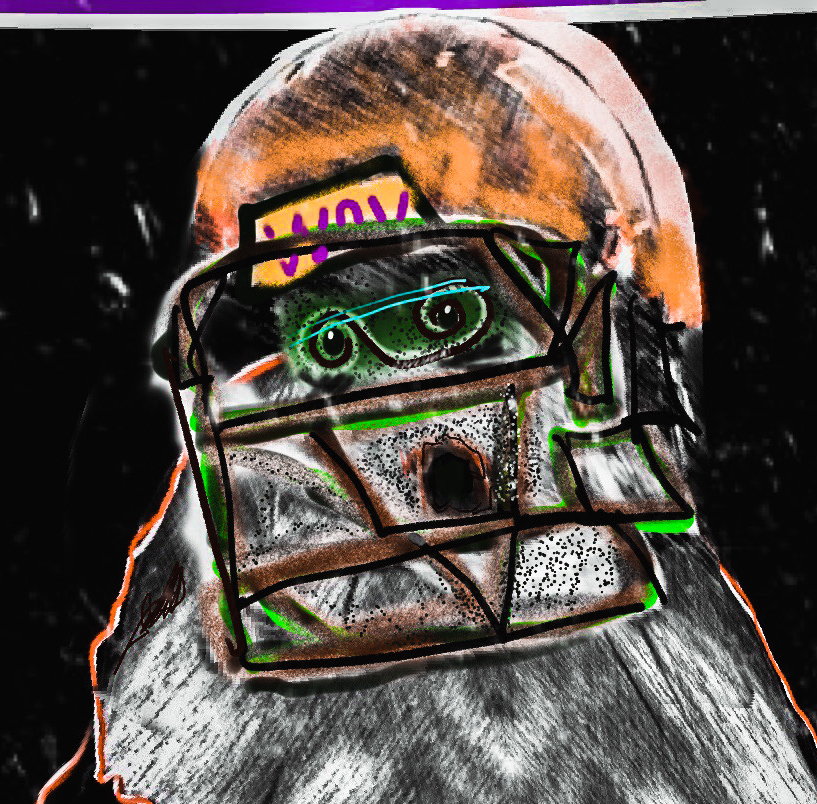 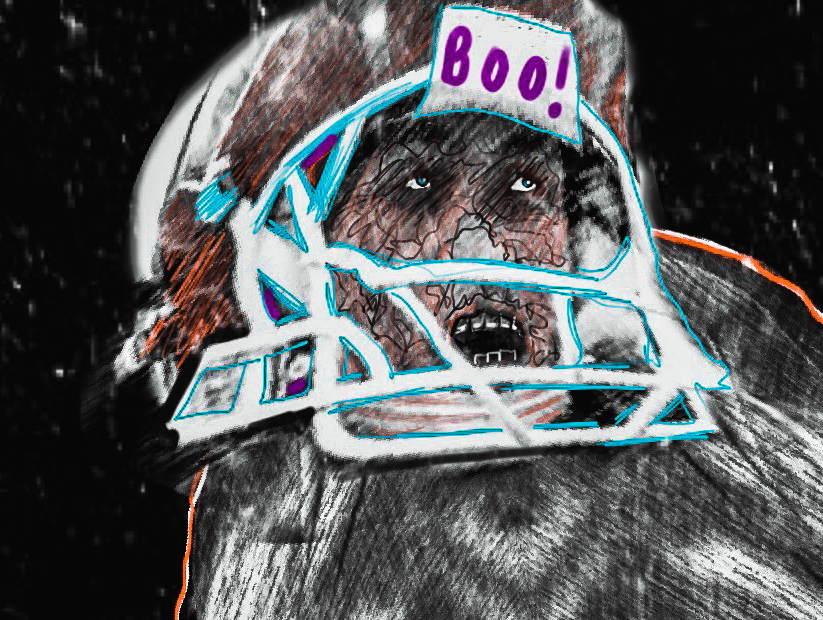 Family names are a hoot to read. Who in their right mind wouldn't be intimidated by a guy with "Mercilus" stamped on the back of his shirt? I often find myself undertaking ancestry research to discover the origins of some of the more unusual names.

On snowy days players slip, slide and end up in crazy poses. Uniforms stained in mud, snow and slush turn into abstract works of art. When the temperature is especially frigid, performances become increasingly mystical as the colourful troupes expel alabaster breaths of carbon dioxide throughout the stadium.

Black zebra-striped warpaint appears beneath the eyes when the light is intense. If only these super jocks could remain in a state of suspended animation, what a joy they would be to draw! I would eventually morph them into something else of course. It's all part of the art game.

Next step? Find the TV remote and freeze one in mid air like Wile E. Coyote. Sigh, another zany project to ponder. 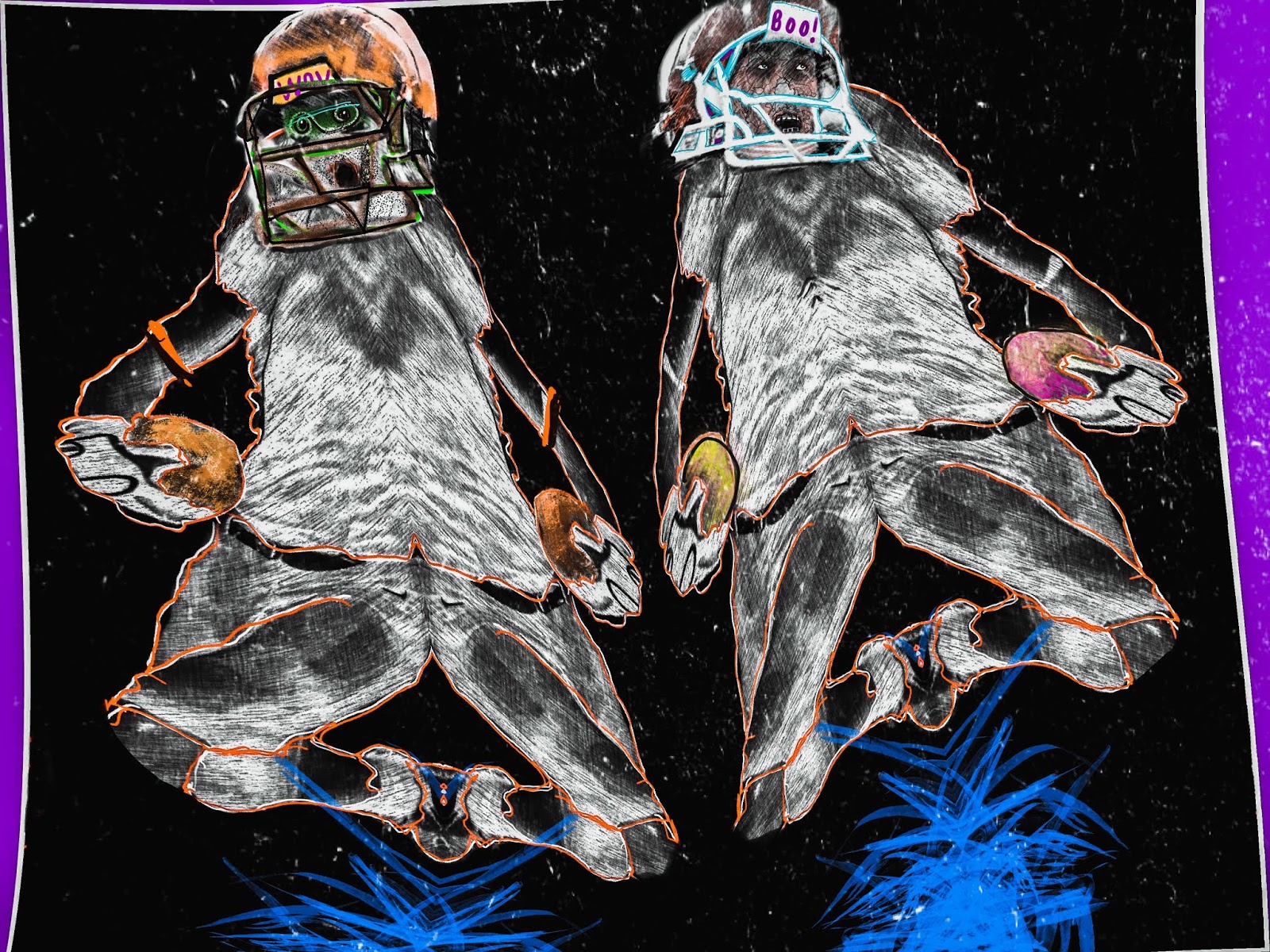