WHERE'S NOAH WHEN YOU NEED HIM? (PART 2) 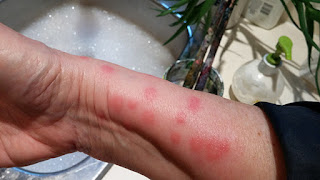 The river receded but only a little, and then the rain started. It felt positively biblical. I could have easily chosen a beautiful pair of egrets for the ark....ark? What ark? We didn't have one! Yikes!

Previous owners felt this house was boat-like and decorated the bedroom accordingly. Talk about taunting the gods.

I tried to move a few sandbags but the suckers were way too heavy. I'm convinced sandbags are filled with wet sand. To add insult to injury, red ants made their home in one of the bags that happened to have a tiny hole. They are vicious biters and had a field day on my arm. The itch became far worse in the following days. The welts were tolerable on day one, but on day two and three, I wanted to amputate my arm. 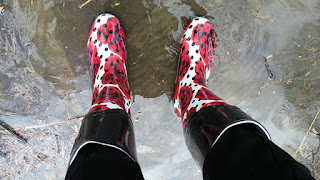 I went to good old Walmart and purchased a pair of snazzy rubber boots in order to wade through the water. What can I say? A funky fashion statement helps me cope.


On May 4th, employees from Vaudreuil-Dorion Public Works delivered and installed more sandbags. 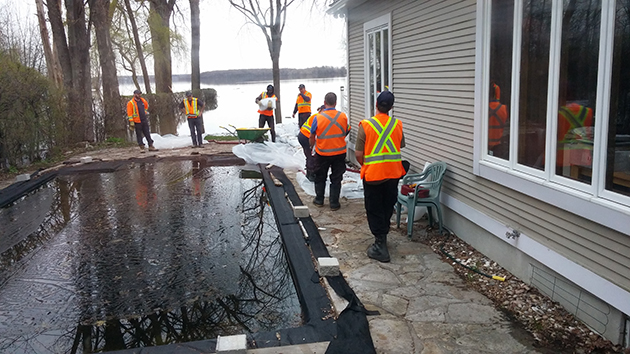 Here is a video of what things looked and sounded like on May 6th...

...and then things got much worse. Water flowed over the sandbags and filled the crawl space to river level. Our little step ladder to descend into the  the netherworld was covered in water. 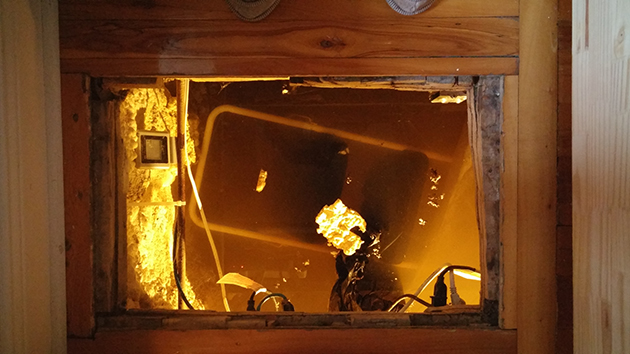 Our pool disappeared under the swelling waterway. The pumps no longer sufficed.

Frantic, I called the emergency flood number and a troop of firefighters soon arrived. When they saw our situation they called in the fire chief. He checked things out and said it was time for us to leave.

The chief was worried that the water in the crawl space could eventually reach the electrical boxes and wires attached to the ceiling. We were shown the magic switch that turns off all electrical power in the house. The firefighters helped us move some heavy furniture to slightly higher ground and we piled our belongings one on top of the other to weigh them down. Even heavy things float in a flood. Friends kindly took some of my recent artwork and our important papers for temporary storage in their homes.

We added more sandbags at a side entrance, packed our things, turned off the main electrical switch, locked up, and left with heavy hearts. Many roads were flooded and we had to navigate back streets to make it out of town. We were gone for four nights (that's another story) but returned to the house daily to check the water level in the crawl space. The rain finally started to let up. The main floor was safe.

We felt lost and shocked, unsure of what to do next.

We returned home on May 11th but couldn't do much. I lit a fire in the wood burning stove and sat in an outdoor Adirondak chair in the family room. I watched the flames and imagined I was a prehistoric human living in a cave. We were still surrounded by ocean sounds. A muskrat clambered out of the pool. Our crawl space was still filled with water. Slowly, oh so slowly, the water receded a little. I brought a loveseat into the family room (the driest room in the house thanks to the fire) and slept on that for a few days. My legs hung over the edge but I put a poof at the end of it and managed to stretch out. I couldn't bring myself to sleep anywhere else because of the dampness.

Repercussions are still ongoing.  More to come...as soon as I muster up more energy.