ART AT THE MATH TALK

November 24, 2013
Artists are few and far between at mathematics talks, but there is power in cross-fertilization. Different fields of study can feed one another and interconnect in the strangest of ways. Art history reveals that math and art are oftentimes linked.

I recently had the opportunity to listen to and observe a very knowledgeable professor as he shared his recent research at a colloquium. I thought I was the only one in the room who was completely in the dark about the equations drifting across the screen, but I learned that mathematicians have different areas of expertise and don't necessarily understand each other's research. I was excited at the prospect of seeing scratches on the whiteboard that might inspire a future work of art.

One would think that since most of the people in this particular classroom were either postgraduate students or professors themselves, the chap in front would have the undivided attention of the attendees. 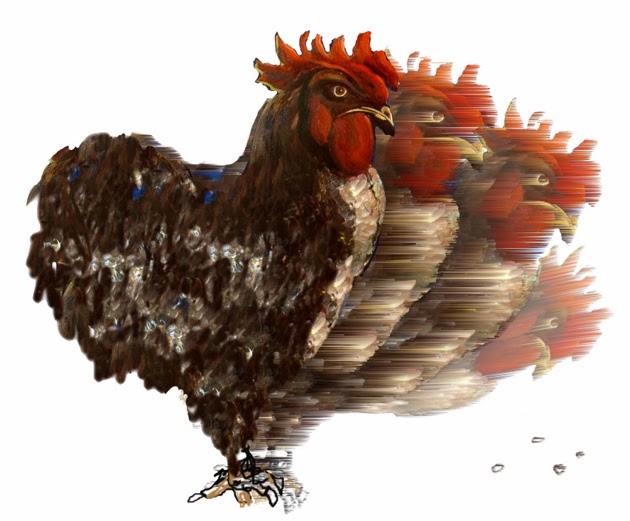 One individual sitting near me,  kept bobbing his head up and down during the talk like a rooster pecking at his feed. I began to watch him and quickly surmised that he was multitasking by

1) listening to the presenter and

2) bending over to meticulously fold a sheet of paper, first horizontally in little 1/4 inch striped increments, then vertically in the same fashion, and onto diagonal folding. Each time he attempted one of these folds, he would jerk down, peer closely at the paper to ensure a straight, precise line.

I thought he might be into origami, but then it occurred to me that his process might be linked to some kind of obscure mathematical research dealing with patterns and repetition. All I know is that at the end of the talk, he had a beautiful creation under his fingertips. 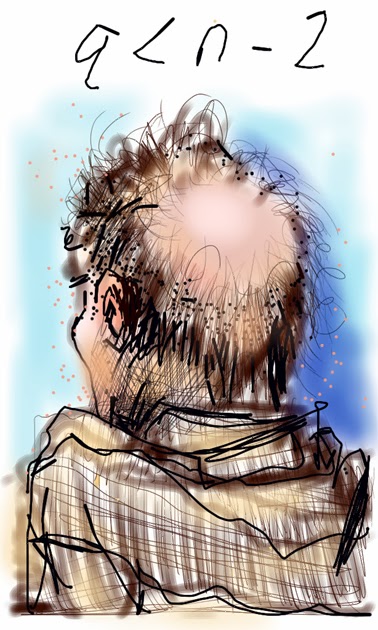 After teaching for many years, I know how distracting it can be when someone in the audience does not appear to be listening. Like an auctioneer, I look for any kind of movement in order to spot those who want to ask a question.

There were only about thirty of us in the room and I must admit that I felt rather sorry for the guest speaker who must have seen this fellow centered in the second row, repeatedly bowing his head forwards and backwards. If a person is really into origami during a math talk, he might want to consider sitting in the back row with the bad boys.

I was more discreet in my activities. In preparation for the occasion, I had, on the previous day, downloaded new drawing app for my smartphone. I appeared to be taking notes as I quietly drew the fellow sitting in front of me.

A mysterious equation tops the sketch.