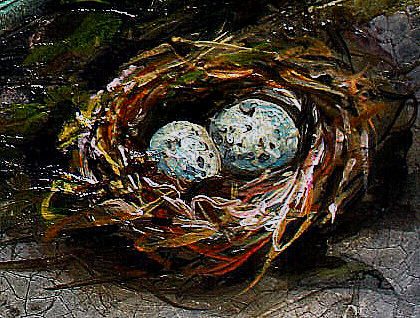 I always thought that Alfred Hitchcock's movie The Birds was pure fiction. Birds don't attack people, it's usually the other way around!  Humanity gets its comeuppance in this film, perhaps for caging creatures who by their very nature should always be free.

Horror films play on our basic fears. The scene where Tippi Hendren is attacked by Hitch's birds is unforgettable. It certainly burrowed deep into my unconscious and made me considerably more respectful of the avian population. With global warming in full swing, who knows what could happen?  A mutant pterodactyl facsimile might again soar through the skies looking for me as prey!

For the time being however, I have to deal with a red-winged blackbird. He's a handsome chap, I'll grant you that, but rather abrasive. He's a serious impediment to our enjoying a crystal clear pool over the summer.

Our latest endeavour has been to clean out the gunk in what was amphibian nirvana and to remove its residents, the bullfrogs. Transplanting our temporary boarders has been a challenge. Through meticulous scooping via a deep net, we've managed to relocate most of them in the Ottawa River. Unfortunately, some have decided they prefer our pool and hopped back 75 feet or so in order to sun themselves beside the now turquoise water. There's an unusual dance happening:


frog hop back from river to pool,
flamenco scoop,
glide across grass,
frog plopped into river.


Now I have done my research and guess what?  Red-winged blackbirds do eat frogs.

WHY NOT OUR FROGS?
WHY ATTACK POOL MAINTENANCE (meaning us)?

Birds mark their territory and this fellow has decided that we are in his. I attempt to brush the sides and bottom of the pool or to quietly vacuum. I am minding my own business and don't even look up in the trees! Suddenly, a loud squawk heralds the black baron's attack!  His claws are extended.  They seem like bloody talons to me as he flaps his wings in my hair. His aim is good, even if I squat his body brushes against mine. This is not a singular event, it keeps happening over and over and over.

Now what would Tippi do?  Naw forget that. 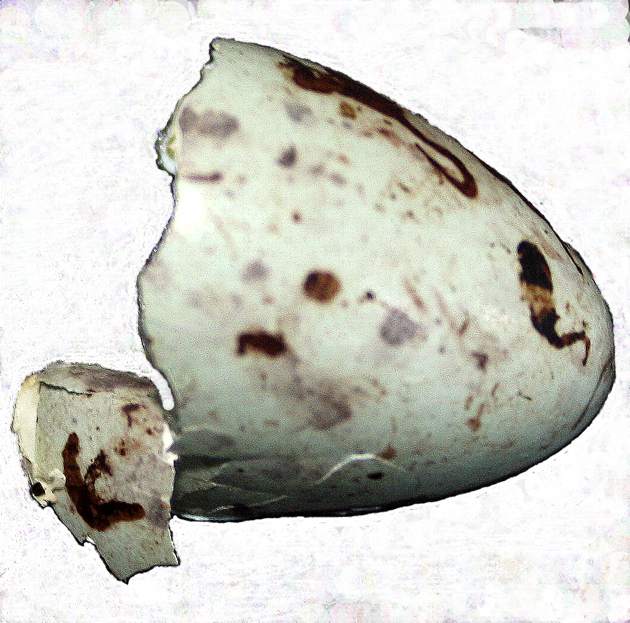 I found a piece of broken eggshell on the ground, beautiful grayish turquoise with spots. He must be protecting babies somewhere up in those branches. Hopefully the wee ones will grow real fast and dad will teach them to fly in short order. Otherwise our barbecue season is over before it even begins.

He's gone!  Well, not really gone, we still hear him but he isn't bugging us anymore. The eggs must have hatched.  Looks like summer might be tolerable after all....ummmm...did I mention mosquitoes?

After another two days:

Yikes! I was wrong, he's back as ornery as ever.  I hope he doesn't round up a pack of screeching reinforcements.