Years ago, someone called me "Froggie" because of my French roots and the name stuck.


My dad contracted tuberculosis as a young man, and spent a couple of years in a Sanatorium in Saranac Lake, New York. He told me that the folks there used to call him "Frenchy."  He would regularly respond with "Why do you call me Frenchy?  There's a Greek guy here and you don't call him "Greeky". He chuckled when he told me this story.  Dad had a great laugh.

The nickname Froggie was somewhat inspiring because it propelled me to collect curios of amphibians (kind of hard to collect Frenchies). During the recent move, I carefully wrapped all of my frogs and placed them in a heavy duty cardboard box. I have yet to unpack them. They are a bugger to dust and take up way too much room. A select few are out in the open but the rest are stored in the crawl space.

I've painted and drawn frogs over the years. They are interesting looking and easily transform into funky characters.

There comes a time in one's life when there are too many of them and I am beginning  to think that my involvement with frogs has led to a peculiar self-fulfilling prophecy.

Many homes in Québec have pools, which are used approximately 3 months out of every year. Our winters are long and hard and pools help to nurture a state of denial. We ignore the fact that in a very short while, we will once again be freezing our buns off! In Spring we remove the dark netting that covers the sludge left behind after the snow has melted. A chemical shock treatment, a bit of vacuuming, and voilà; after a few days the water becomes clear. There's nothing like the smell of chlorine to sanction the arrival of summer. 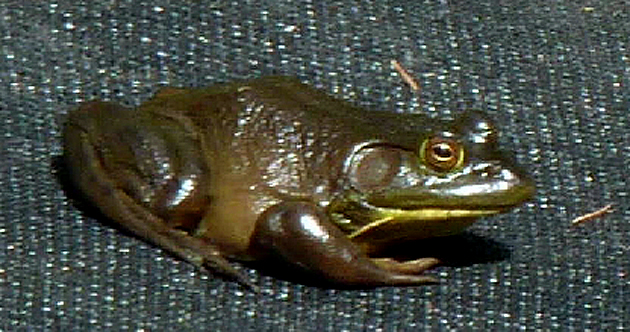 Our new abode has a pool that no longer belongs to us. Bullfrogs have taken possession. We've counted at least six in there, small to quite chunky in size and not particularly attractive. Their skin looks very slimy. They toast in the sun but the minute we venture outside, they dive into the water. 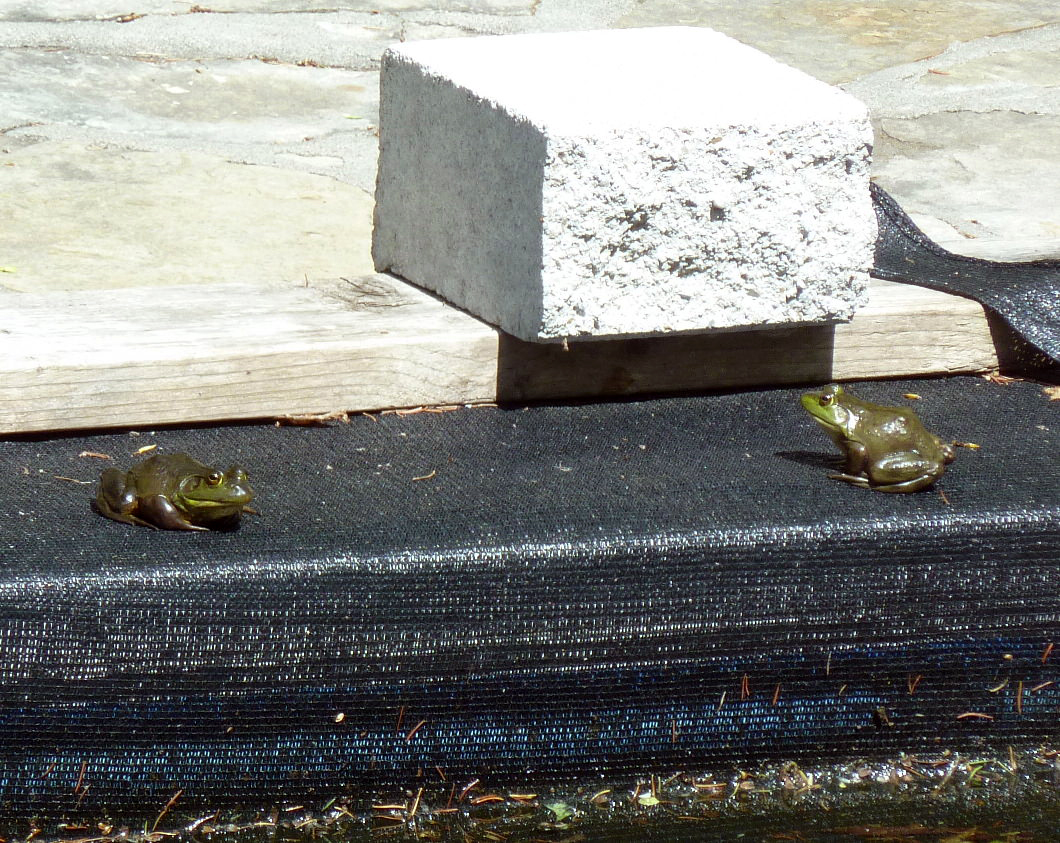 Frog thighs look human but the resemblance ends at the webbed flippers. As I watch the creatures swim, I am reminded of my father once more because he used to move his legs in the same way when he swam. Weird how the mind works (perhaps only mine makes these flaky associations).

The challenge ahead is to catch and transport these little croakers to the river's edge, and hope they don't decide that our pool is more to their liking.