April 14, 2013
I had a visitor in my abode two nights ago. Unlike Walt Disney's creation, his coat was a foxy gray/brown colour rather than "Mickey" black. I should have screeched "eeeeeeeeeeeeeeek" but didn't.  I was enthralled by the tiny although rather chubby (hopefully not pregnant) creature. That said, I don't particularly want him or her to move in on a permanent basis.

The event brought back memories of a trip I took to Haiti in the 70's during the Baby Doc era. I had just finished an anthropology course at university and submitted a paper on voodoo. I can't for the life of me recall the gist of it but remember that at an artistic level, I was fascinated by voodoo's seemingly seamless merge with Christianity. Always curious about other cultures, visiting Haiti seemed like a natural thing to do at the time.

I experienced my first ever culture shock. The people were beautiful, the weather glorious, but living conditions were extremely primitive in areas. Women squatted at their cooking pots, using leg muscles that I was entirely devoid of. Interestingly, Diane Ackerman in her book A Natural History of Love mentions in a footnote that the word muscle comes from the latin musculus or "little mouse."

It's normal to be a bit scared and vigilant in a new place. The hotel located in Pétionville seemed good, part of it was built in concrete, another section next to a hill seemed to be made primarily of wood. The room was pretty, although I found it strange that the bed was pulled a few inches away from the wall.

My travelling companion and I tried to get some sleep at the end of the day.  Note I said tried. In the middle of the darkest of nights, I heard an unusual sound in the upper right hand corner of the ceiling. Crunch, snap, scratch, gnaw, scrape.  I'm a light sleeper. My eyes flew wide open. Drums throbbed in my chest.

I slowly pulled up the blanket over my nose. An alien had definitely invaded our room. The bongos in my rib cage boomed louder and faster. I didn't dare budge. My ears grew big in anticipation of the next sound.

The inevitable happened! The archfiend's claws scurried up the blanket that had been dragging on the floor and followed a natural path right over my face. 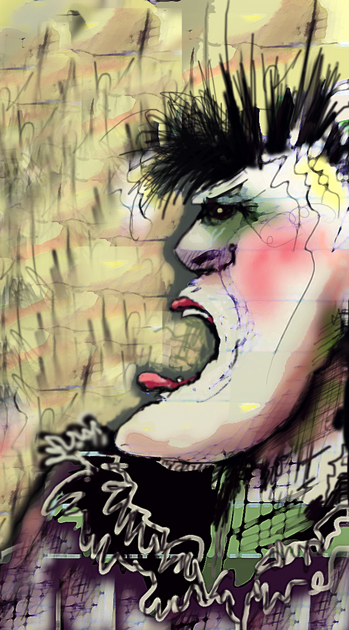 I woke up Haiti that night.

My companion took an unwanted crash course on levitation. A large hound started to bay at the moon, lights went on, and we immediately fell into a debate about my overactive imagination.

The mouse headed for the bathroom. It was a tiny little thing with jumbo ears and a cute waddling butt. Funny how it seemed so much bigger in the dark.

My friend opened the hotel room door and the wee beastie hurriedly scuttled outside. It didn't like noisy people.

Like Lot, I did. A gargantuan black "insecta" nonchalantly crawled up the wall behind me and unfortunately, it didn't turn into salt. I now understood why the bed was pulled away from the wall.

My first night in Haiti taught me valuable lessons. Firstly, if at all possible, choose a room made out of concrete because uninvited visitors tend to be quiet little anole lizards who love to eat the occasional bug.

And, always turn the lights on before shrieking because what feels or sounds like a beast from hell is most probably an imp unexpectedly dropping through a rotting roof. 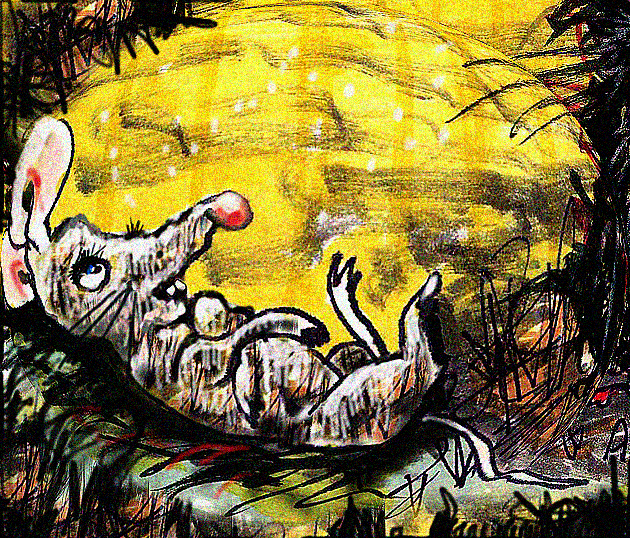