April 28, 2013
The "Rivière des Outaouais" is overflowing its banks and creeping up slowly towards our abode. It's worrisome yet fascinating to see nature doing its thing.  My friend and I went for a short walk to a nearby park a few nights ago to see what the river was doing over there. In some areas, it tickled the main road. 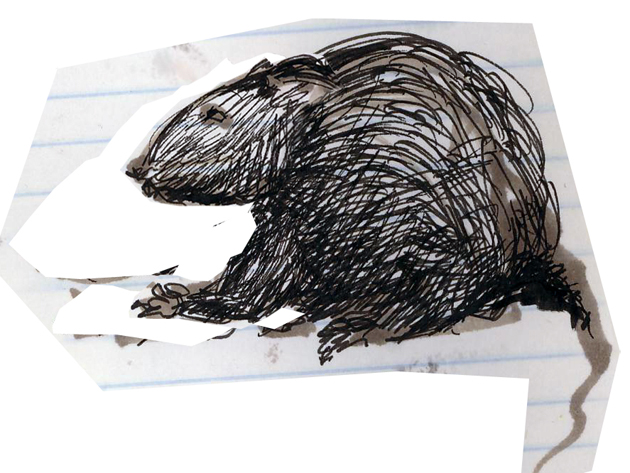 Beasties, two of them, (decidedly rodent-like) were in the flowing waters! Not beavers (too small), not otters (too slow); these little swimmers were decidedly unfamiliar. Hard to observe; they kept disappearing into the water for long periods of time. Eventually, one came up for air, swam around a point of land, and climbed onto tree stumps and twigs. There was no mistaking the little rat face, chubby body, and the long although somewhat flattened rat tail, which in water, seemed to behave like a rudder. I had no idea rats liked to swim. I sensed that these were not "run-of-the-mill" rats. 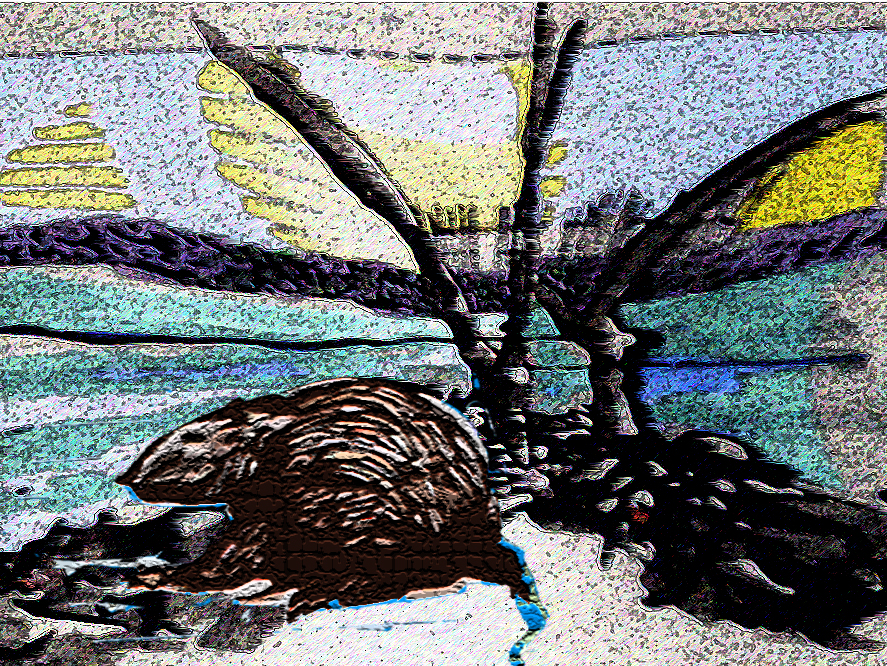 I tried to draw it from memory but its proportions were off so I fooled around with it in Photoshop until it seemed about right.

Muskrats!
Furriers used to make coats out of them!

Does anyone remember Muskrat Love by Captain and Tennille?


Living here sure beats going to the zoo.