POWER! Unfinished lines have it.
The mind seeks to play a game of connect the dots when viewing the incomplete.

An old sketch affirms the potential of the unstated or "undrawn". Sometimes a line chooses to disappear into a light source or it can arbitrarily vanish at the whim of the artist.  Expectations are derailed and the eye seeks to build imaginary bridges between the nearest of two points, or strives to define the outline of a shape that should be there but isn't. 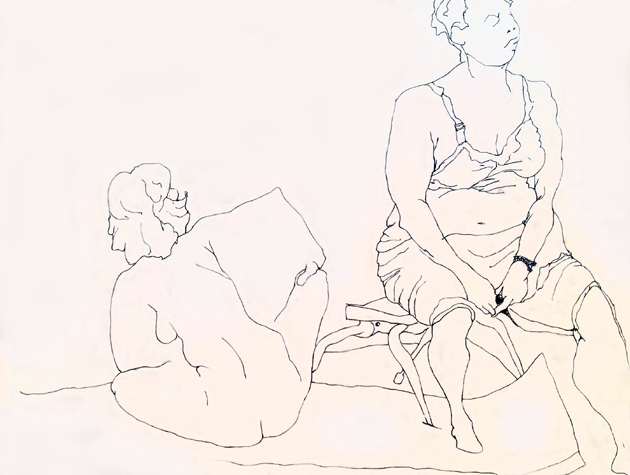 In the drawing above, one of the models is much more defined than the other. The woman on the right wears an elegant, old silk slip that hugs the curves of her middle-aged body. This lady has character and an assertive personality; She demands respect and enjoys chastising any young art students who chew gum as they draw her.

The model on the left is younger; her body perfect but not nearly as interesting to me. Her personality lacks the layers and subtleties of the older woman's. The juxtaposition of these two individuals creates visual contrasts by various means:
The shape created by the unfinished right arm of the young woman on the left encourages the eye to complete the drawing in a parallel universe. I love the shape created by the absence of line! 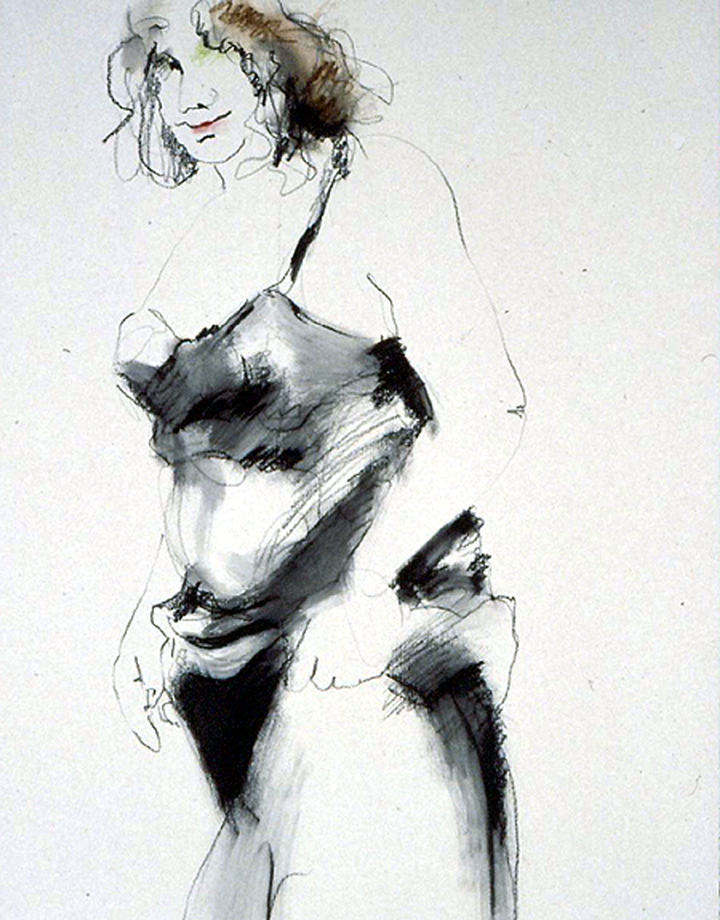 Push hard on a caran d'ache stick, spread it around with a dampened cloth to obtain the blackest of blacks. Some lines vanish while darker areas and shapes oppose the lightness of  the stroke. The eye roams, drops off the edges to eventually find new beginnings.

"On ne veut pas tout cuit dans la bouche".  Ya gotta have something to chew on.