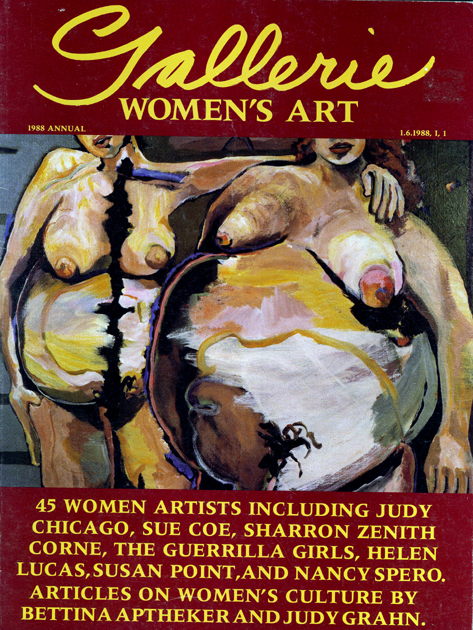 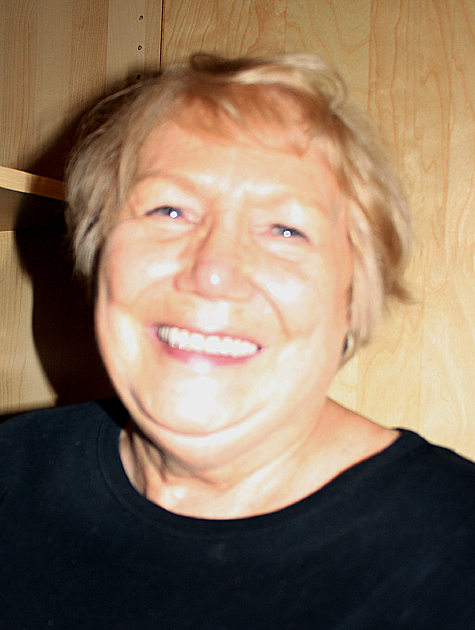 Mimi and I both appeared in the first issue of Gallerie Women's Art published by Gallerie Publications in British Columbia and edited by Caffyn Kelley. Gallerie was a groundbreaking venture that presented the work of women artists from all over North America.

Karen Schoonover, curator at the Rosemont Art Gallery in Regina, Saskatchewan, decided to visit the studios of some of the artists that appeared in the publication. Mimi lived in Toronto and I lived in a Montreal suburb. After meeting  us individually and seeing our respective work, she felt that Mimi and I should be paired together for a show at the Rosemont. The opportunity to exhibit in Western Canada was exciting and I am thankful to this day that Karen had the sagacity to exhibit Mimi and me together.  She organized an extremely professional show, and I met one of the most interesting and vibrant women I have ever known.

Mimi and her husband, Jim Packham, were staying at the same hotel as me, "The Hotel Saskatchewan"; (supposedly the Queen of England stays there when she visits Regina but I'm sure she was never in either of our rooms.)

We became an inseparable trio the morning after the vernissage.  We had a tasty breakfast at the hotel and read through the write-up of the show, which appeared in the Leader-Post. Both Mimi and Jim had a wicked sense of humour and we couldn't stop giggling throughout the entire meal.

They had rented a car so we decided to explore Regina since Mimi was born and grew up in the area. Jim was an intrepid driver and I nicknamed him U-Turn Jim.  If we happen to say "Oh such and such is over there!", he would make an immediate u-eeee and we would reach our destination in no time flat.

Over the years Mimi and I wrote to each other regularly and met when we could in Toronto, Ottawa and Montreal. She was a well respected and successful artist, always easy to recognize in a crowd with her big, beautiful smile. Mimi was approximately twenty years my senior but her heart was younger than most people my age. Technologically savvy, she introduced me to Fractal Painter when it first came out, and in her 80's, showed me how to use Corel Painter. She even wrote mystery novels that took place in a somewhat shady art world.

Later widowed, she shared a condo with a beautiful but nasty Siamese cat called Maxine. For some strange reason, the cat liked to hang out near a light on the kitchen counter.  I took these photos of Maxine when I visited Mimi in 2010.

In 2012, Mimi was hospitalized.  I went see her at St. Mike's in Toronto and initially walked right past her bed because she was so frail that I didn't recognize her. She saw me though, called out my name loud and clear, and made sure that I was swiftly seated by her side.  Her mind was still full of life even though her body wasn't. 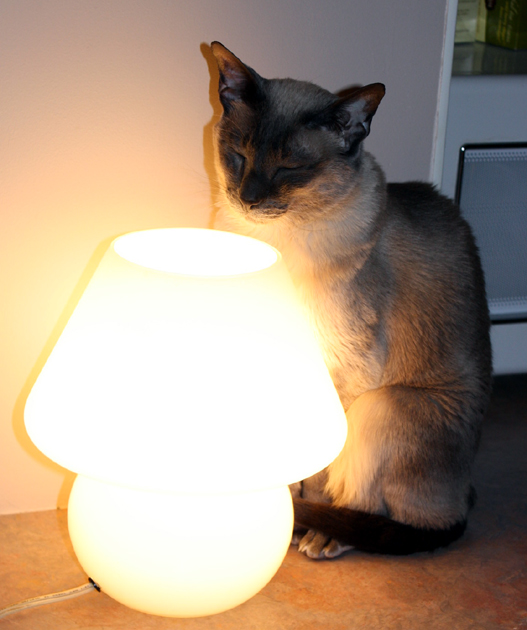 Mimi's unique, whimsical work can be found in public and private collections everywhere. Her mesmerizing paintings are often infused with black humour.  The imperturbable expressions of her characters remind me, strangely, of a Star Trek episode entitled "The Mark of Gideon" where Captain Kirk is on an overpopulated planet and its masses are squished up against a replica of the Enterprise.

Mimi was a breath of fresh air and I am thankful that it swirled through my life.