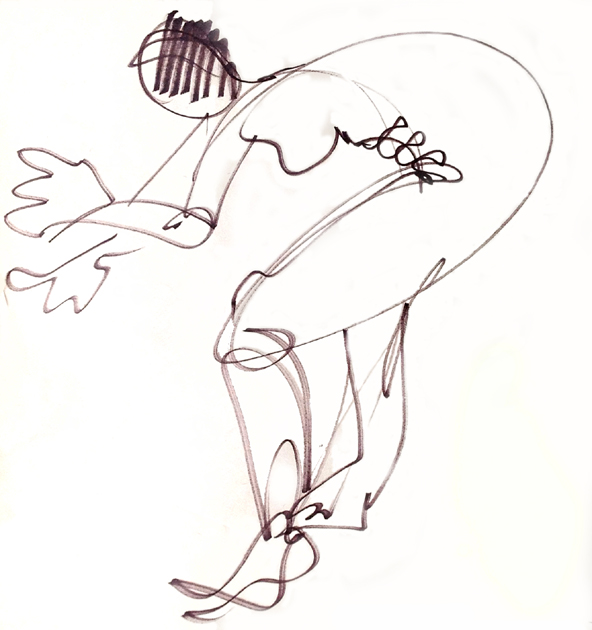 Movement!  Character!  Expression!  Discovery! That and more is what "le beau geste" is all about!
This rapid, impulsive and frenetic activity serves to pull out strings from the cosmos. In some peculiar way, wild abandon leads to accuracy.

It is natural to assume that correct proportions or foreshortening of the human body can only be achieved through painstaking concentration, but often amazing results can happen in just 30 seconds. Gesture drawings are not merely warm up sketches before those long three hour live model poses, they are bewitchingly beautiful in their own right.

The most difficult part of the process is to shake off the judge and jury positioned on our shoulders. Some drawings will be good, some will be bad.  It's a game of numbers, the more you do, the better you get!

The experience is not unlike a signing your name, which is a natural, fluid expression of the self.  We don’t think before signing our names, it's an automatic activity. 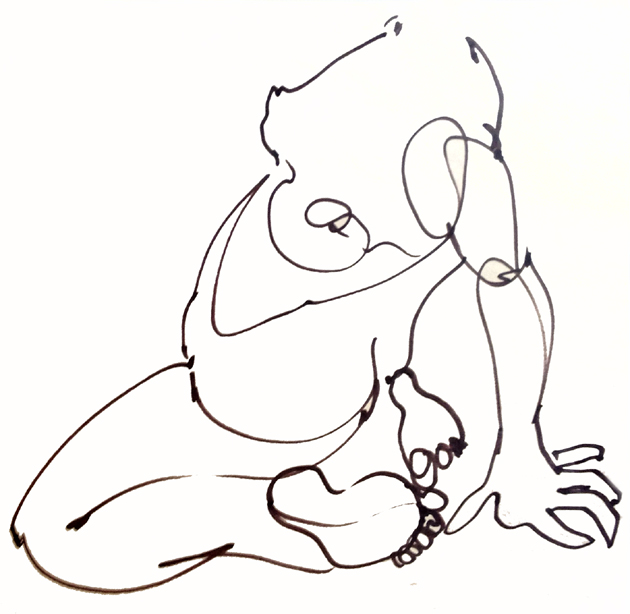 Slow lines are not the same as fast lines. Attempting to reproduce a stroke executed at lightening speed in slow motion is an exercise in futility.  The essence of gesture is movement, a point racing on a two dimensional surface that is simultaneously creating the illusion of three dimensionality or a topographical map of of an object from point A to point Z.  There is no time to lift the pen or pencil. 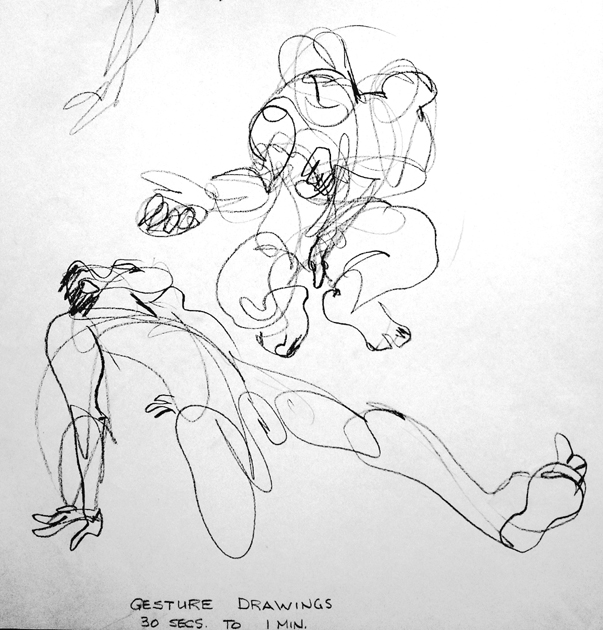 A hand extends, a body crouches or stretches; I feel it before I draw it...gestural lines are sensed not analyzed to extract the essence of character and personality!  Sketches can be transformed into something else at a later time by bringing out shapes or by adding colour. Wonderful persona emerge with unexpected attributes such as a Jay Leno/Brian Mulroney chin or perhaps a hat from the French Revolution. 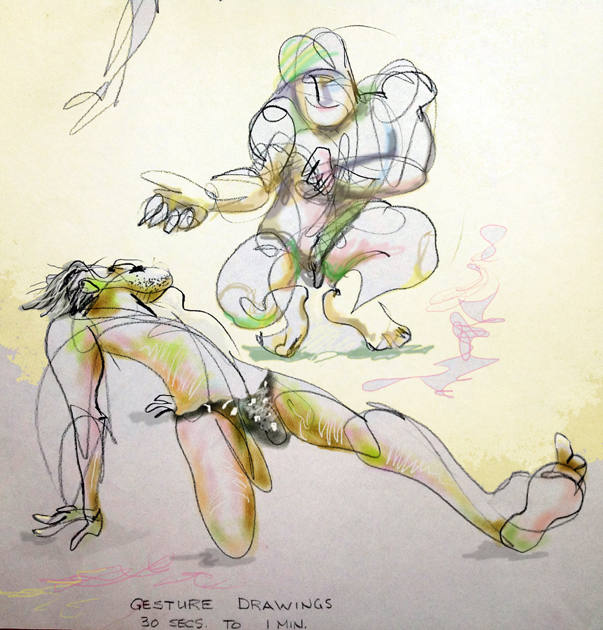