Big city hospitals are like the United Nations. They are fascinating, multicultural islands, alive with staff and clientele from all over the world.  Cultures at war in far parts of the globe work alongside one another for the most part peacefully, within its busy labyrinths.

Waiting is an unavoidable part of the healthcare experience in Quebec but it provides an opportunity to observe processions of individuals as they shuffle through the revolving doors. Besides wearing the most interesting of accoutrements, people reveal a range of emotions rarely observed by most of us in everyday life.

Appointments with members of the medical profession tend to be sporadic during a hospital visit. An initial triage will lead to one encounter, then another, and often a few more. Between appointments there is sometimes enough time to roam and discover unfamiliar parts of the city.

A day spent at the hospital emergency ward includes a few visits to a local Tim Horton’s (generally seen without an apostrophe) for breakfast, and later for ice cappuccinos; a sit on a bench in a half closed mall for a few minutes of shuteye; and more waiting in a local park where children and parents frolic or picnic in the sun. Groups of squawking seagulls dot a very blue sky and peck at cigarette butts in the grass. Could these be nicotine addicted fowl?

Some of the birds perch on thin towering lampposts. One right above me shrieks as others approach his pole. A particularly aggressive gull manages to land beside "Mr. Get Lost" despite being subjected to his beak pokes and intimidating screeches of ownership.
I wonder what these seagulls are doing in Montreal; there is no sea here! This area in particular, is mostly dominated by fast food joints! The gulls look extremely well fed, fat in fact, probably due to their relentless scavenging from garbage cans. Pigeons and seagulls are often referred to as “flying rats” for obvious reasons.

A transparent green pacifier lies discarded on the park grass. It must possess an alluring scent because one of the zooming rodents soon zeros in on it.  He picks it up at the sucking end and meanders about with the pacifier protruding from his beak.

"Visual gifts” come to those who wait. 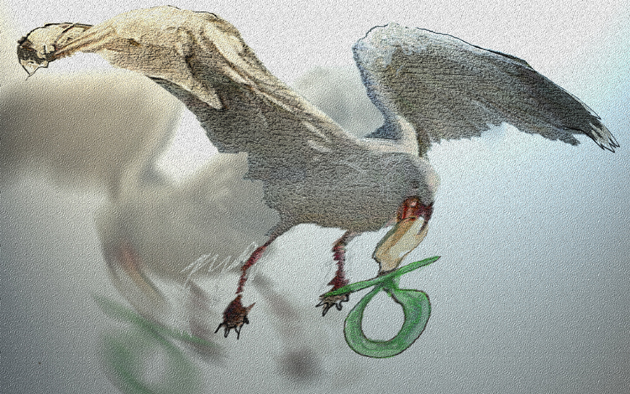