A VIEW FROM THE PINHOLE

August 16, 2012
Cuba is a hub of creativity.  People have to recycle / reinvent / innovate with a richness that has been lost in our throw away society.  During my holiday there a couple of years ago, I was reminded of my 98-year-old mother who is extremely resourceful and creative about recycling things. She lived through the Great Depression and wastes nothing. Even an old pair of rubber gloves can be given new life. When cut into strips, they become strong, heavy duty elastics (rubber bands).

I felt incredible excitement when I came across a rather quirky looking fellow photographing visitors at El Capitolio in Havana. Curious, I wanted to see precisely what he was doing because his camera appeared to be assembled with scraps. 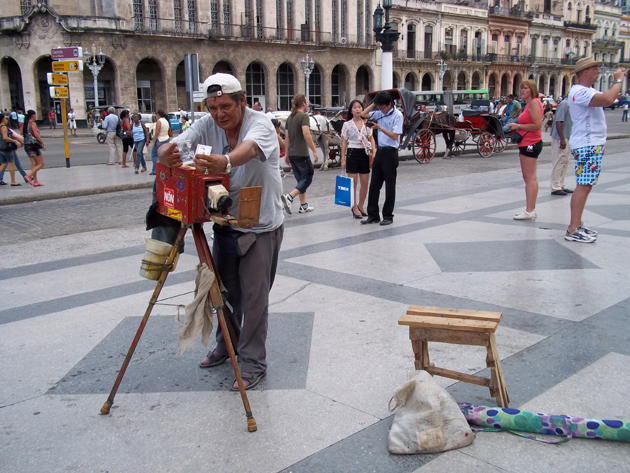 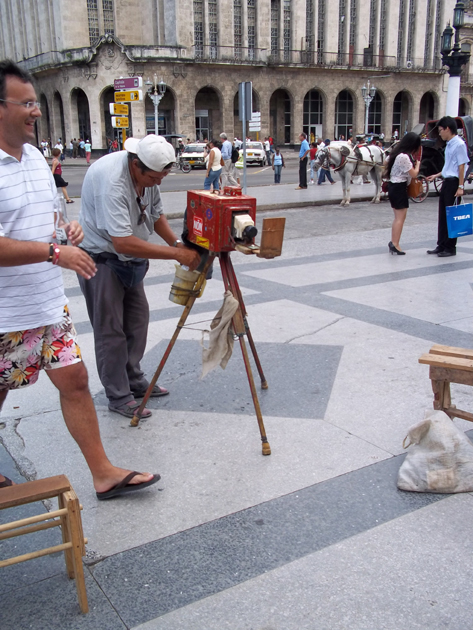 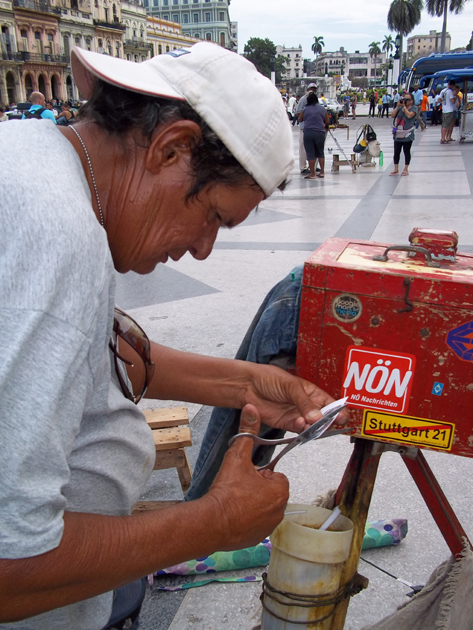 Totally enthralled, I asked if he would take my picture. He had me sit on the stairs leading up to the building and told me to stay perfectly still. He guided his arm through a denim sleeve, which was probably an old blue jean leg. It was attached to what looked like a red toolbox. He moved his arm mysteriously inside the red box and then said that I could now move.

I wandered over closer to examine his unusual makeshift equipment. He pulled a small rectangle out of the red box through the denim sleeve and thrust it into a plastic container filled with chemicals that was hanging from one of the legs of the tripod. Using his bare hands, he swished the shape around and it quickly developed into a negative image of me.

He wiped the negative with a grayish towel and asked me what kind of background I wanted.  I can’t really remember what the choices were other than Che, but being in Cuba and all, Che seemed like a logical pick at the time.

He took out a pair of scissors and began to cut out my image from the background. He then produced another negative image from a pouch and placed it on a piece of upright wood facing the camera. He slid the negative into little slats and placed the cutout negative image of me in front of the other negative, which was obviously an eventual picture of Che.  His arm slid into the red box via the denim sleeve and he proceeded to work his magic once again.  Now.....what does one get when one photographs a negative image? 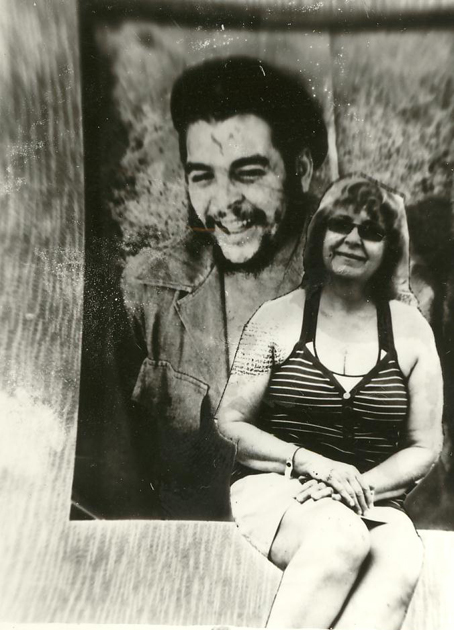 Turning a negative into a positive is possible if one is ingenious enough.