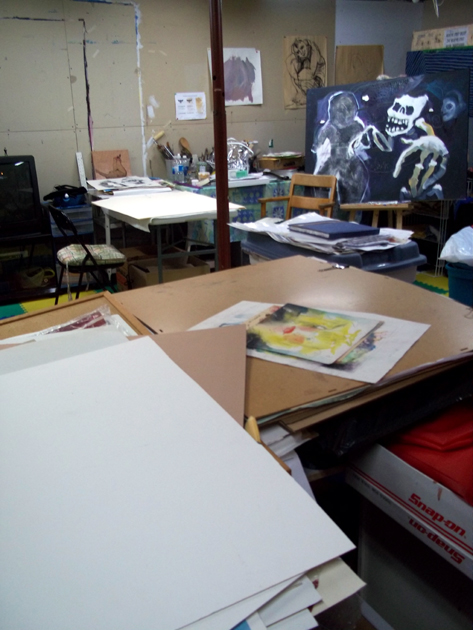 Three weeks ago, I didn't plan on moving, in fact, I wasn't even thinking of moving. Life has a way of unexpectedly changing directions. I have been living in my abode for almost 14 years.  Overall, the house has treated me well.  I installed full spectrum lighting in my studio to ensure that the colours I used in my work remained true inside or outside. As mentioned in a previous post, I have a culling project on the go. I was planning to sort through my artwork slowly in an effort to make heart wrenching decisions about what I felt prepared to destroy.

Culling is not necessarily a negative experience.  It's inspiring. I've been photographing work I had forgotten about that I would like to push further or reinterpret using image transfer techniques. 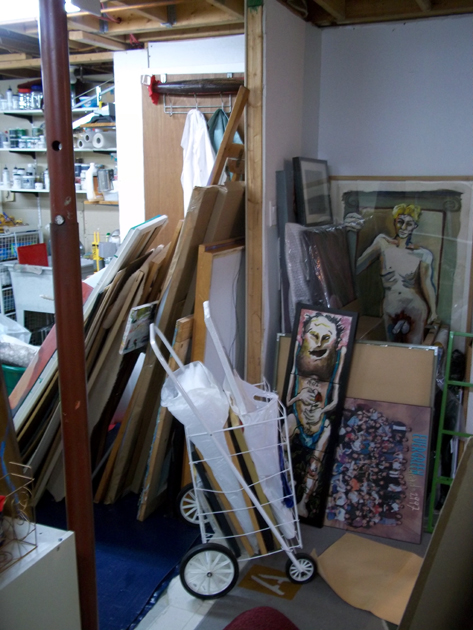 The studio is a mess right now but compared to the pictures I've seen of Francis Bacon's workspace the word "mess" is a relative term. So far, I've managed to sort 60% of the drawings and to group similar sizes together.  The hardest task is yet to come, working with drawings 30" X 40" and bigger, or of irregular size. On top of culling, it's time to pack boxes of art books, magazines, supplies, and never ending stuff that I have amassed over the years.

That's just what is in the studio. The rest of the house is also awaiting boxes.

"Stuff" is a ball and chain. George Carlin performs a very funny routine about STUFF. Artists generally have even more stuff than most people. We collect things because they engender ideas or because maybe we can use them in a future "assemblage."  Last time I moved, it took an entire day just to transport everything that was in the studio. 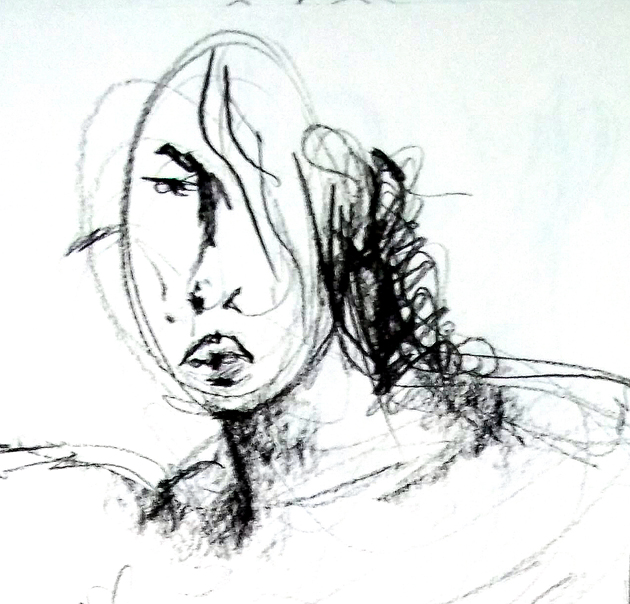