May 09, 2012
The most interesting stains in my visual journal came from tea bags, inserted, dripping wet, in some of the middle pages. I closed the book and applied extreme pressure to squeeze out gradations of beige. Naturally, there were two shapes, one on each facing page. They were similar but not quite identical.

The joy of this process reminded me of games I played as a child. The curtains in our living room were of dreadful design but fascinating to stare at.  In my mind, I coaxed a plethora of odd creatures out of the patterns and invented equally bizarre stories to round out the whole experience.

I'm going to sound like my father now!  IN MY DAY (giggle), there were no interior designers to keep the decor minimalist, no video games to program imagination, and no Sesame Street to keep the attention span short.  Don't get me wrong, during my stint as a young mom, I was a real fan of the latter and in all fairness, I did learn the Spanish word "peligro"...but back to tea stains!!!

From the drying blobs, goodies appeared that I grew into energetic and Rubenesque "Tea Stain Mamas". I decided to reinterpret the doodles with paint. Using acrylics on canvas, my mamas took on an entirely different feel but were equally lively and fun!

I turned the dance move stain into The Resurrection.
The colours remained similar.  I liked the red gloves. 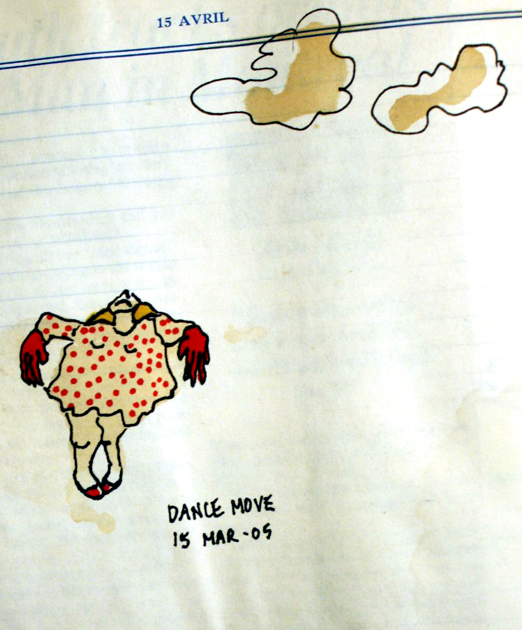 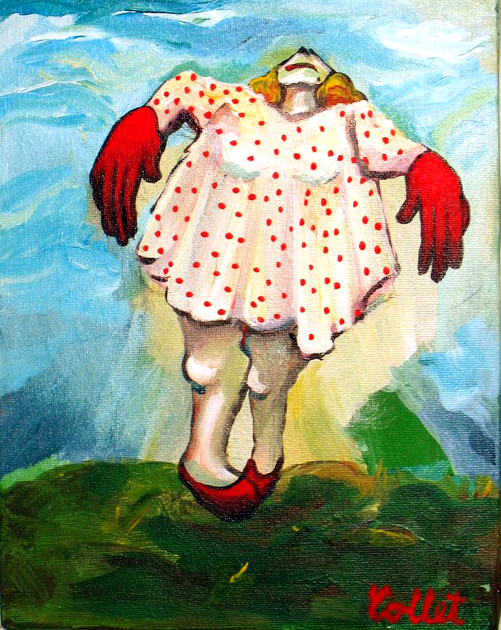 The little fish below inspired an underwater mama piece entitled In the Swim. 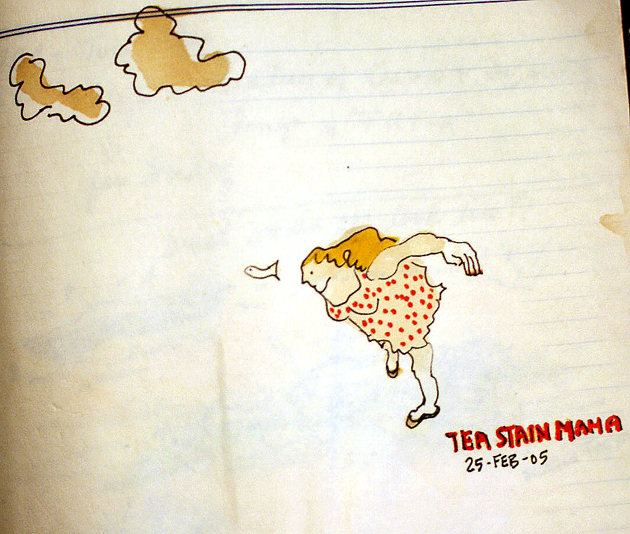 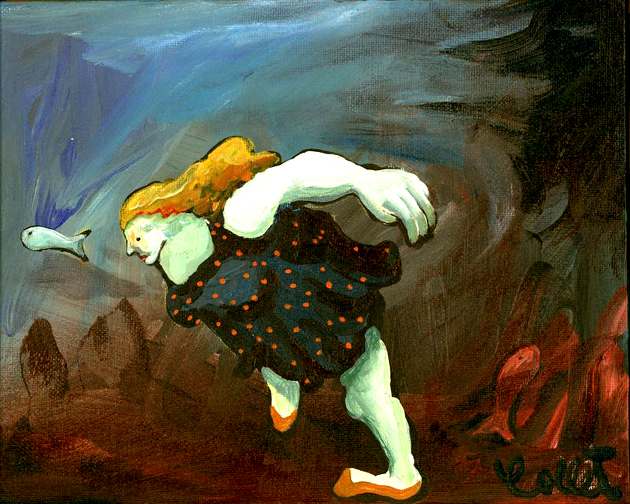 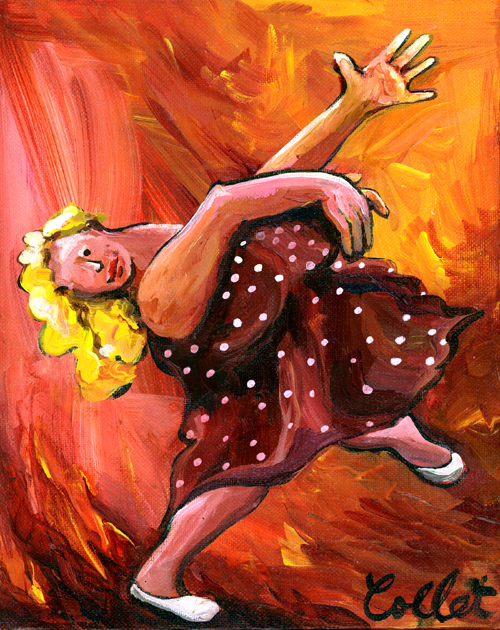 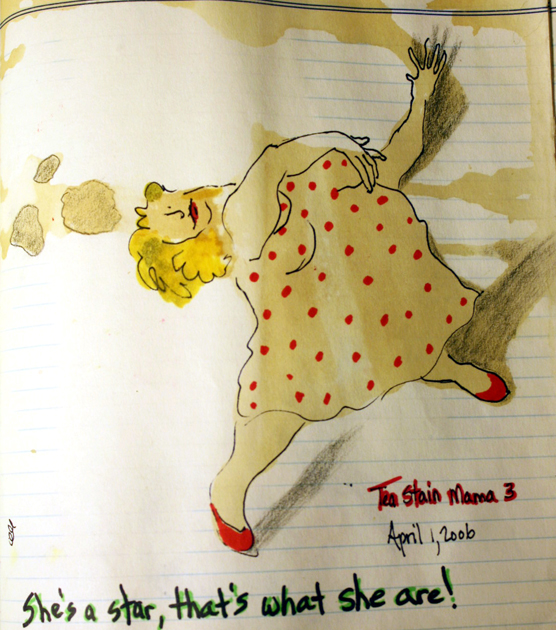 The polka dots eventually dissolved in the Drama Queens. 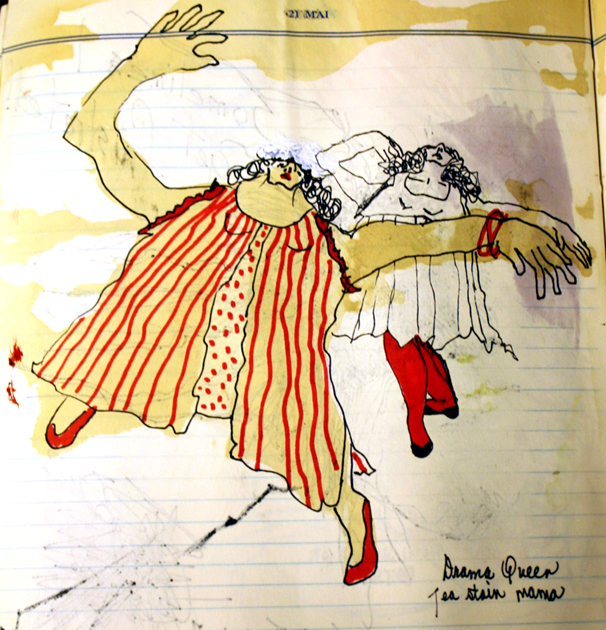 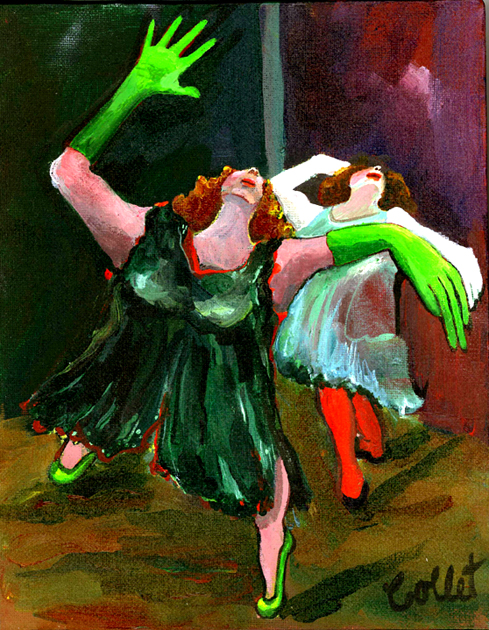 Playing with stains led to surprising new imagery. No stain, no gain.