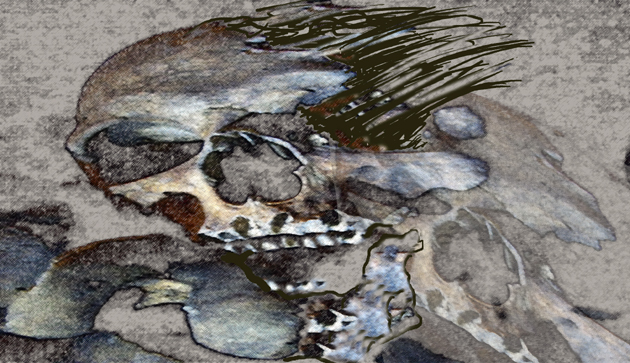 I viewed a slew of bones in the Paris Catacombs last September. Of the six million skeletons, some were haphazardly dumped into the quarry tunnels, others were meticulously corded, perfectly aligned, and interspersed with skulls creating surreal environments in the dimly lit cavernous hollows.  Occasionally water trickled from the ceiling.  Dark, cool and wet, the ossuary was a perfect environment in which to reflect. 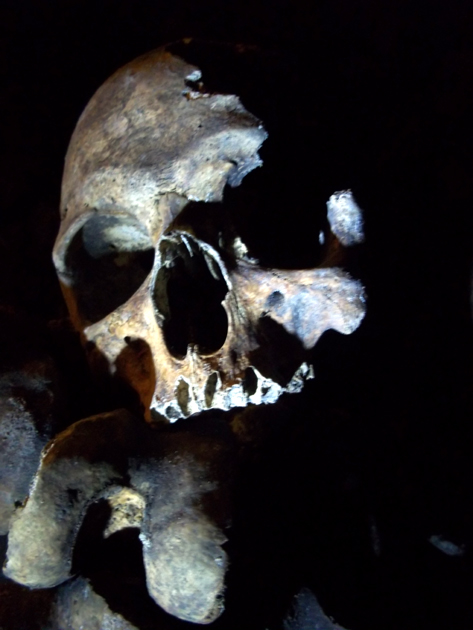 There are miles of tunnels under Paris and many are filled with the dead. What I find unnerving is their anonymity.

Who were these people? What were their lives like? Intermingled bones expulsed individual identities making them "Borg" in death.


I was able, with a tiny LED flashlight to photograph the bones and skulls in high contrast.  Delicate textures and colours appeared (tinged with blue) that were not initially visible. 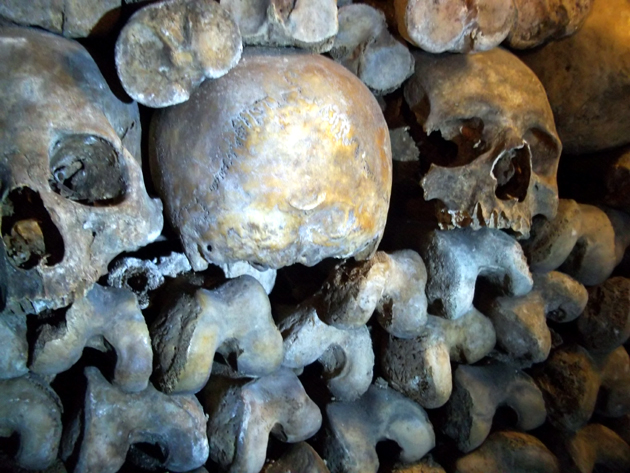 Walking amidst the dead brought back memories.  A good part of my early childhood was spent playing hide and seek with my friends in a nearby cemetery. When the caretaker didn't see us, we ducked behind the tombstones and yelled BOO to scare each other silly.

We just pretended to be scared.

There were so many beautiful things in the cemetery; the grass was always well manicured and had that fresh cut smell.  Flowers were laid on the graves and jumbo bows embellished the wreaths.  To my mother's horror, I sometimes returned home with the brightest ones to decorate my room.  Each time she expressly forbade me to ever take ribbons again, but it was for naught.  My aesthetic sense told me that these were for the living! 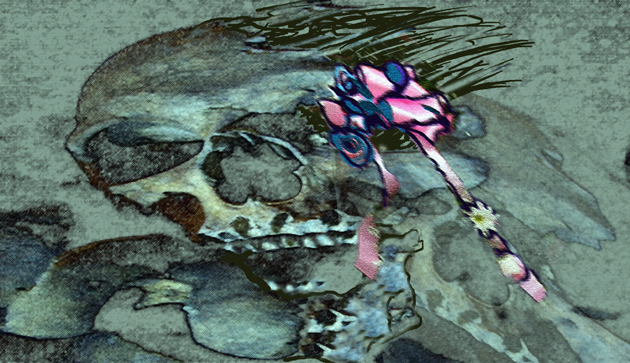