April 15, 2012
Cyclop giants have a single eye in the middle of their foreheads. I am mesmerized, not by their mythological origins, but rather, by their appearance. Cyclop imagery has either overtly or covertly, merged with my own, giving way to visual narratives that “focus” on the eye.

According to some eastern religions, a third or inner eye, also located in the middle of the forehead, is a necessary requirement to achieve higher consciousness. In this case, a person ends up with three eyes. 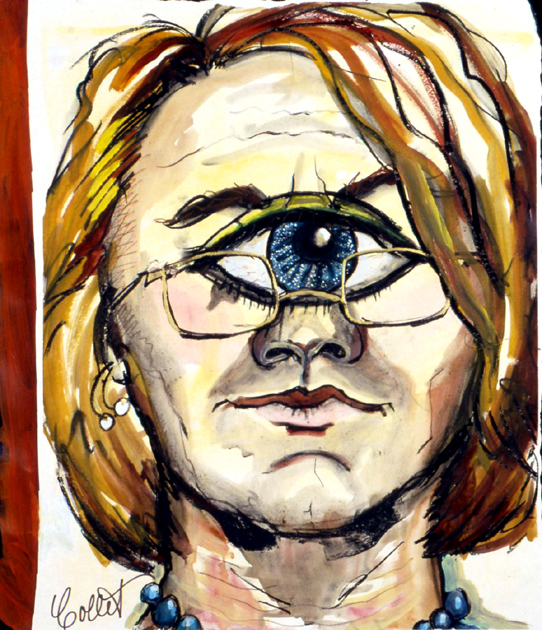 ONE EYE:  There have been times when I've felt the need for a singular central eye. I am one of those artists with a day job. The pull and tug of conflicting needs, that of survival and the necessity to achieve a decent level of creative production, can bring on periods of acute stress. I must prioritize, concentrate on what needs to be done now, a delicate dance indeed!

My large eye rarely ends up in the middle of the forehead, instead, two eyes blend to become one. It's an ephemeral experience at best, otherwise I would need a new pair of glasses. 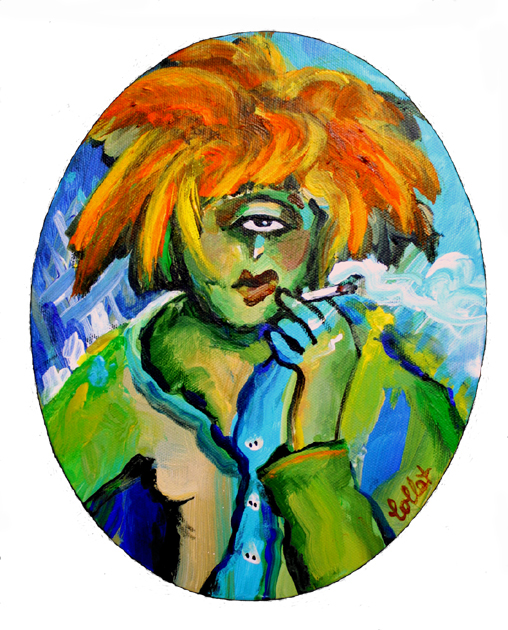 ...and after two sleepless nights, one could envision an entire trio of cyclops!

TWO EYES: At times one eye becomes larger than the other. Symmetry is beautiful but asymmetry  conveys emotion and energy. 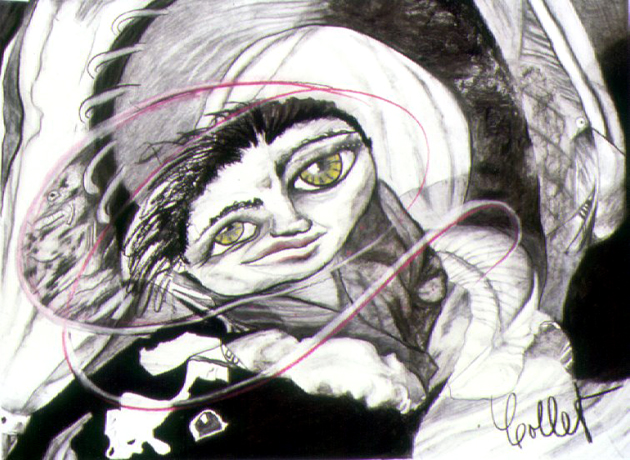 Churn (left) is an example of vertigo or an upset stomach.

The drawing of my mother (right) reveals one eye that is much bigger than the other. Mom has glaucoma and considerable loss of vision in her right eye. The pupil is visibly dark and enlarged.

THREE EYES:  There are times when I explore the idea of a third eye but things tend to become blurry and out of focus.   Not much higher consciousness at this end. 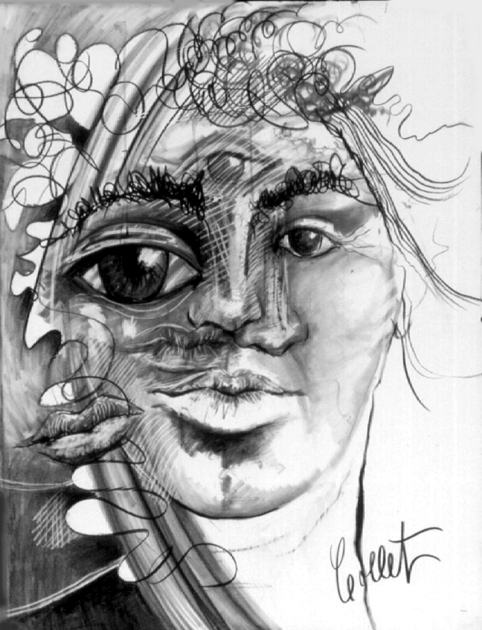